My daughter and I have some of our best conversations in the car, where she seems to just let her imagination run wild.  Driving home from IKEA yesterday (where we seem to spend half our lives), we started talking about the birds and where and when they go to sleep.  She thought it was half past one or two in the morning, but when I pointed out that once it starts getting dark you don’t see many birds flying around anymore, she said that it was because the birdies were hiding behind the houses, and when they wanted to go anywhere in the sky, they would just hide behind a plane.  Being me, I went with it:

“So what other animals might hide behind a house”
“Hmmm, elephants.”
“Wow, it would have to be a big house!”
“No mummy, they can go really small.  There is one hiding under my trampoline.”
“OK, well I’m sure he’s a nice elephant, and maybe he just wants a play when we’re all sleeping.  Are there any other animals that hide behind houses?”
“Yes mummy, there’s a giraffe over there but he’s not good at hiding because he’s too big and I can see his head.  Mummy, I want to play I Spy!  I spy with my little eye something beginning with B!”
“Oh, I don’t know…  boat?  Bat?  Bike?”
“No mummy, I’ll give you a clue.  It’s very big, like a giraffe.”
“Oh, this is a hard one.  Emmmmm…”
“It’s a giraffe!” 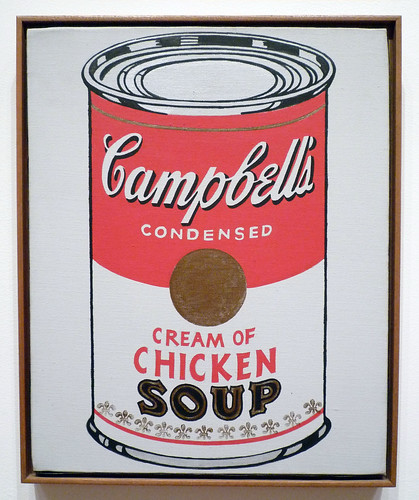 I’m not too sure how I feel about these new ‘adult’ colouring in books that seem to be everywhere.  I was in Sainsbury’s last night and they had a whole stand dedicated to them.  But it reminded me of one of the hilarious joke presents my husband got me last year for Christmas (which I actually loved.)  It was a One Direction colouring in book.  I especially like the fact it’s 100% unofficial.

Well, I’d sort of forgotten about it to be honest, until today when my husband dug it out and let our eldest daughter (nearly 4) loose on it.  I’ve posted some of her artistic efforts on this site before, and in fact, the banner for the site is one of her masterpieces, so I’m sure you’re aware she’s a child genius. ; )  Anyway, first page is a close up of Harry Styles, and prepare yourselves for this work of art:

The creativity.  The use of colour.  The staying within the lines (mostly).  The green neck and blue and orange face.  He’s truly a dreamboat.

Of course, being me, I had to get in on the action, so I helped her out with the next one.  I did the two on the left, she did the other three.

Having not coloured in for a while, I can confirm it does have stress-relieving properties.  It’s also a real giggle, especially if you can colour boys in with green hair.  And an immense laugh if your innocent child names them, (from right to left), Smudgy, Cludgy, Poo-poo, Blackie, and… Cliffy.  Amazing.

Of course, I was in true silly mode by now, so the next colouring in project was a close up of Niall.  We decided it was a bit boring so we made him into a lady, complete with tattoos and jewellery.  She added the necklace, and the smudge of Ribena on his t-shirt:

Then we found the stickers in the middle of the book, and added a couple of those, and then stuck the rest all over a picture of Zayn.  But he doesn’t deserve a photo here because he’s left the band, the traitor.

So yeah, adult colouring in gets the thumbs up from me, especially if you’ve got a hilarious pre-schooler helping.

So, we’re all coming home from a family trip to IKEA when Little B announces she wants to play I Spy.  And being nearly 4, she has to go first. Here’s how it went:

Little B – “I spy with my little eye, something beginning with G.”

Cue us nearly wetting ourselves laughing…  We’d forgotten she can’t spell. And on top of that, there was no horse.

I went next and decided to do it her way:

Me – I spy with my little eye something beginning with x.”

“Mummy, when I am 4 can I go to Princessland?
Where is that?
It’s under the water and it is melting.  It’s made from snow.
How do you get there?
You get on a sailing boat and you take your own snow.
How do you breathe if it’s under water?
You get a boat with a roof on it and you wear your swim suit.  And your swim suit has a hat, and you have a net on your face so the fish can’t get in.
And what princesses are there?
Belle, and Rapunzel.  And a Care Bear with a pink ribbon round her neck.   And Elsa – Anna and Elsa.  And there’s a Disney castle you can go in and all the princesses are there.
It sounds expensive.  How much does it cost?
Seven.  Seven moneys.
OK, well that’s a bit expensive.  We’ll have to save up.
But there are children there who are five, six, seven, eight, nine, ten. And four.  Can I go when I am four?  There’s fire that goes in and out and you take a picnic and there is a beach under the water and you eat your picnic there.
Where does the fire come from?
A dragon.  It’s tiny.  It’s this small (holds fingers together.)  It is a man dressed up but tiny.
OK, but will it not all melt before you are four?
No, that’s why you take your own snow.  It’s melting but you take your own snow and build it back up again.  And Elsa is there.
OK love, let’s go when you’re four.  It sounds brilliant.
Can I watch Paw Patrol?”

“Mummy, very tiny little people can reach up into the sky and catch aeroplanes and helicopters.”

“No pet, I don’t think so.  The sky is too high up.  Not even very big people could catch aeroplanes in the sky.”

“Well then maybe giants could do it.”

Daddy, why are you dead?

This came out of the blue one day.  He wasn’t dead.

I’m putting on some make-up in the downstairs loo when she walks past, stops, and asks why I’m ‘doing make-up’.  I say I’m trying to make me look like I’m not death warmed up.

Mummy, why you want to look like a dangly duck?

Whilst sitting on the toilet, after ballet class:

Mummy, the poo-poos just stay in my tummy.  They sleep there.  But their home is down the toilet.  That’s where they go for a swim.